Tracy is Vice President of engineer for Layher North America; she is an established professional engineer with more than 20 years engineering experience in temporary structure design, manufacturing, and testing with focus on scaffold, forming, and shoring. As chair of the ANSI ASC 11 Main Committee, Tracy is involved with ANSI safety and test standards development; she also sits on both the ANSI A10.8 and ANSI A10.9 review committees.

Dutting-Kane has a wide range of experience with federal and state OSHA standards and scaffold training and has worked extensively with scaffold, forming and shoring engineering; design and manufacturing; and forensic engineering, including accident investigation of temporary structures and paving equipment design, testing, and manufacture. Tracy is a former SAIA Shoring Council Chair and president of the Scaffold, Shoring and Forming Institute (SSFI), where she also held positions as the vice president and Shoring Council Chair for many years. Dutting-Kane is an Air Force veteran and is retired from the Air Force Reserve.

Michael has worked with Universal Manufacturing Corporation for more than 32 years, currently as National Sales & Business Development Director.  Located in Zelienople Pennsylvania, Universal Manufacturing Corporation engineers, manufactures and distributes steel scaffolding, shoring and custom fabricated access equipment.  Bredl has been an active member of the Scaffold & Access Industry Association since 1987.  He has organized and led regional scaffold safety conferences, authored articles for the SAIA magazine and recently served as a member of the Board of Directors.  Michael has a Bachelor of Arts degree in Business Administration from Grove City College and lives with his wife and family in the Pittsburgh, Pennsylvania region. 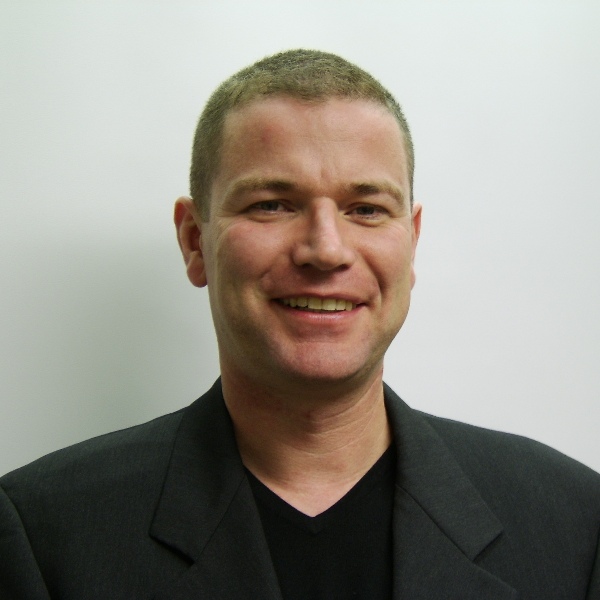 Frank Frietsch is Executive Vice President of Layher and CEO of Layher North America. He has served SAIA in numerous capacities since 2014, including time spent on the Executive Board. Frank holds a degree in mechanical engineering from the Karlsruhe University of Applied Sciences and advanced degrees from Pforzheim University and Steinbeis-Hochschule in Berlin. In his free time, he enjoys sports. 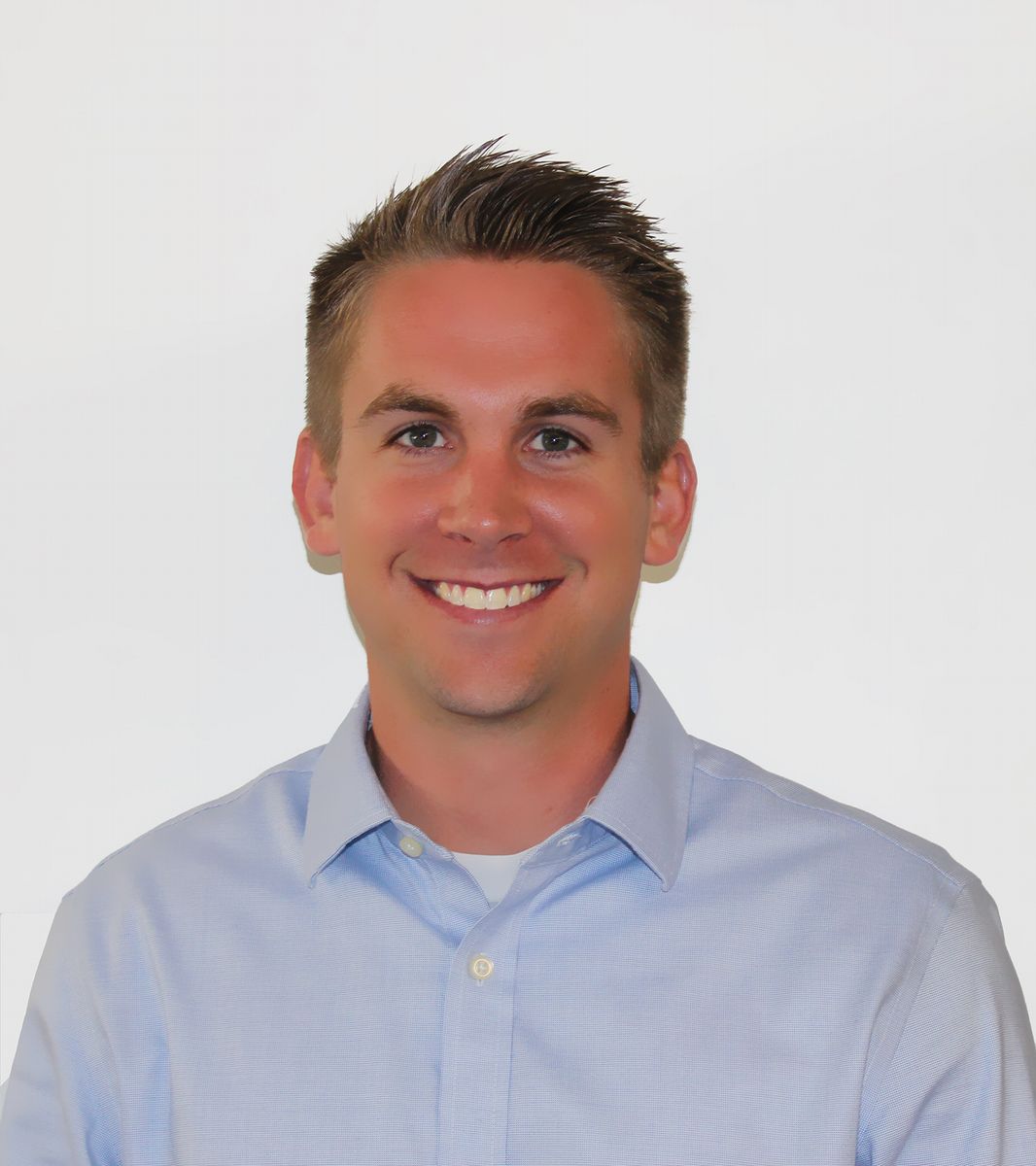 Matt is Director of Business Development for Mdm Scaffolding Services, Inc., a supplier and subcontractor of NexGenPlank, scaffolding, shoring, motorized work platforms and hoists in the Dallas - Ft. Worth area. Mdm has been an active member of SAIA since 1993. Matt is currently on the SAIA Board of Directors, Plank Committee, and Future Leaders Board for American Subcontractors Association - North Texas.

Morgan was born and raised in Dallas - Ft. Worth but ended up at the Milwaukee School of Engineering in Wisconsin, where he played basketball for four years and was team captain for two of those years. He has been working for Mdm since he was a freshman in high school, starting in the warehouse/yard and then moving to the installation crews before interning during college. Matt has also been a marketing assistant at Mdm and now manages the day-to-day tasks for the sales and marketing department. He is a top producer in Scaffold Installations & NexGenPlank and is working toward second-generation ownership of Mdm, which has been owned and operated by Gene and Carol Morgan for almost 25 years. James Gordon, or less formally known as “Jay” is the founder and owner of Klimer Platforms Inc.
Over his thirty-year career in the scaffold and access industry, Jay has acquired experience in many aspects of the industry.  Working “from the ground up”, Jay earned skills in the trade working “on tools” in the early days, loading trucks, training, product development, engineering management, sales, and management of the daily operations of a family business.
Jay has served as a SAIA  Board member, an Executive Committee Member,  he is a current Board member of the SIAC, and has participated in standards development with ANSI, CSA and ISO. Giving back to the scaffold community is very important for him, an industry that has always brought a sense of family, community and professional support.  Jay graduated McMaster University with a degree in Mechanical Engineering. Amy Johnson is a founder and owner of SkyLine Scaffold, Inc., a second generation family-owned and woman-owned shoring and scaffolding services provider in California and Nevada.  Prior to her CEO role in SkyLine, Amy served as Controller and CFO of several privately-held construction companies in Texas and California.
A recipient of the SAIA Outstanding Service Award and active member of the SAIA since 2003, Ms. Johnson also volunteers as an elected board member of the non-profit SAIA Education Foundation including serving as President. Chris is a second-generation member of the scaffold industry with well-rounded experience in multiple fields including purchasing, asset management, customer service, and sales.
Starting in 1998 and approaching his 22nd year anniversary in the business, he’s held key positions with both large, nationally based organizations as well as small, family owned operations.  His extensive history and expertise in all facets of our industry allow him to recognize and communicate the value of the SAIA to all members and prospects throughout the construction industry.
Chris extended his career in 2017 as a sales and customer service representative for Direct Scaffold Supply (DSS). Headquartered in Houston, TX, with multiple distribution centers across North America and abroad, DSS is a leading, global supplier of all types of supported scaffold, shoring and formwork systems, and the go-to manufacturer for private labeled, OEM product lines.
Chris began attending SAIA events in 1993 as a teenager and became an active member in 2004 with the Brock Group. In 2014 he was elected as a board member for Region 6 (Texas, Louisiana, Arkansas, Oklahoma and New Mexico), and has sat on the SAIA EF board for the past 4 years. Chris has previously served as co-chair of the Industrial Council and is a two-time winner of the SAIA Outstanding Chapter President Award.
Chris is a past recipient of the SAIA EF scholarship and the only recipient to return to the association and serve as an active member.

Tom is the President and owner of Brewer Equipment Co., a distributor and scaffold service contractor, serving markets in North Carolina and Virginia.  Tom graduated from NC State University in 1978 with degrees in Accounting and Business Management.  He joined Brewer Equipment Co. in 1979 and assumed the role of CEO in 1982.
Brewer Equipment Co. has been a member of the SAIA since 1978.  Tom has been active in the Association since 1982.  He is a current member of the SAIA Board of Directors, the ATI Approval Committee, the SAIAEF Board of Directors, and an active ATI.  He is a former SAIA Shoring Council Co-Chair.  He was an active participant in the re-writes of the CPT Training programs, the Scaffold User Hazard Awareness program, and the development of the Leadership Academy.
Tom is a past recipient of the SAIA Spirit Award. Michael is an experienced, second-generation scaffold professional, having served the industry since 1979. As president of Eagle Scaffolding Services, Inc., – which services the New York Metropolitan area – he has evolved his company into a full-service scaffolding company that provides access solutions to a large and varied customer base.

Since 2010, Michael has been an SAIA board member for Region 2 (N.Y., N.J., Puerto Rico, and the Virgin Islands). Paladino has also sat on the Ad-Hoc Bylaws review committee, was part of the Leadership Academy Committee, and is currently part of the SAIA Review and Regulatory Council.

Michael’s accolades include the Coupling Pin Award and Unsung Hero Award for his tireless effort and dedication to the SAIA. As well as the William T. Ayres Founder Award for membership growth.